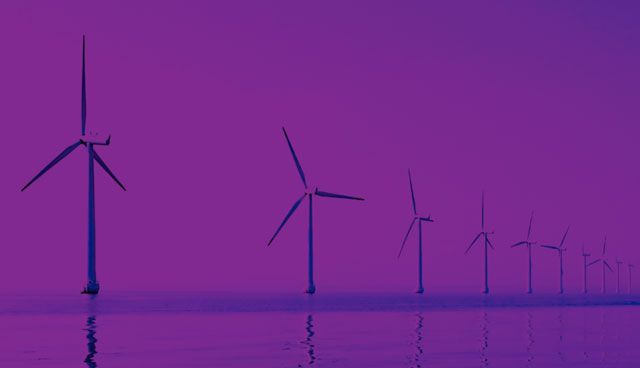 Ireland’s Programme for Government (PfG), establishes the Irish Government’s ambition for 5GW of offshore wind energy by 2030 with the potential for “at least 30GW of offshore floating wind power” on the Atlantic Coast. Ciarán Galway speaks to Ireland’s Minister for the Environment, Climate and Communications Eamon Ryan TD about unlocking Ireland’s offshore potential. 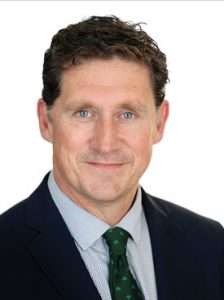 Determining a commitment to the “rapid decarbonisation of the energy sector”, the PfG indicates the Government’s intention to “take the necessary action” to deliver at least 70 per cent renewable electricity by 2030. This incorporates the development of offshore wind.

Until now, onshore wind has been Ireland’s most effective renewable generation technology. A diversification of technologies, including offshore wind, is essential to meet the overall energy ambition of 70 per cent renewable electricity by 2030, doubling it from a current 35 per cent (alongside Ireland’s obligation to contribute to the EU-wide renewable energy target of 32 per cent by 2030).

Likewise, to support the delivery of enhanced climate ambitions of an average 7 per cent reduction in emissions per annum from 2021 to 2030 and net-zero emissions by 2050, the Government has also committed to “a transformational programme of research and development”. Within the wider programme of innovation, this includes the development of floating offshore wind turbines.

Under the Energy subheading of the Green New Deal mission, the Programme for Government outlines a commitment to produce a “longer-term plan setting out how we will take advantage as a country of the massive potential of offshore energy on the Atlantic Coast”.

The plan, the PfG states, will establish how Ireland will achieve 5GW capacity in offshore wind by 2030 on the eastern and southern coasts. Simultaneously, the plan will capitalise on the potential of “at least 30GW of offshore floating wind power in our deeper waters in the Atlantic”, enabling Ireland to become a “major contributor to a pan-European renewable energy generation and transmission system”.

“This is all in train; we’ve spent 10 years thinking about it and planning it. The technology has become ever more competitive. The political certainty around it is clear and every party agrees. Every European country is now in a race,” Minister Ryan outlines.

Successfully unlocking Ireland’s offshore wind potential will rely on the development of educational opportunities to build a skilled workforce that can support the offshore industry. “We will have, in the end, some 30,000 people working on that high-skilled craft building work in which there is going to be a consistent steady of work for the next 30 years.

“The MaREI Centre in Cork has real expertise in ocean energy research and in training people for some of the skills we will need in this area. I had a very good meeting with UCD the other day, which has a very strong tradition in power systems analysis and research and now is really extending that, working with other industry partners, colleges, and Science Foundation Ireland to develop this whole-of-systems approach which is the key to getting this right,” the Minister says.

Utilising existing energy and maritime infrastructure, the Government intends to develop the skills base, supply chains, legislation and infrastructure to facilitate delivery of this plan, which it identifies as an opportunity to create new and skilled jobs.

The Environment and Climate Minister emphasises the economic potential that offshore wind ambitions will have for ports around the country, including through the assembly and maintenance of infrastructure.

Another benefit he identifies is the prospect of converting the power generated offshore through electrolysis and subsequently using hydrogen to power industry. This entails, he says: “Running digital infrastructure that is essential to the economic progress of the country in a zero-carbon and completely sustainable way.”

Firstly, the necessary planning framework must be implemented to ensure planning permission by the end of 2025, enabling the timely completion of projects by the end of the decade.

The Marine Planning and Development Management (MPDM) Bill is intended to establish in law a completely new regime for the maritime area, providing an offshore planning system. In this context, the coalition Government has prioritised the passage of “a balanced and Aarhus Convention compliant” MPDM Bill through the Oireachtas. A commitment to the drafting and enactment of the Bill “within nine months” suggests that it could be delivered by the end of Q1 2021. 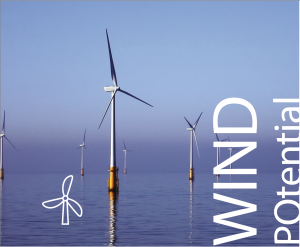 “We have to be sensitive to environmental and other concerns. We need to give certainty to investors what the planning arising is. This is a very long-term, big investment, so having planning certainty and a planning system is really key,” Minister Ryan remarks.

“The Taoiseach has consistently said that the three top priority legislative measures for this government are: the Climate Action and Low Carbon Development (Amendment) Bill, to have a stronger Climate Change Advisory Council and process; the Marine Planning and Development Management Bill; and the Land Development Agency Bill 2020,” the Environment and Climate Minister emphasises.

“We will start planning now for the rollout of the really big phase, which is the development of floating
offshore wind in the west, north west and south west and at huge scale; Ireland’s sea
area is 10 times greater than its land area.”

Secondly, the transmission capacity of the national grid must be enhanced to integrate power from offshore farms. Current EirGrid’s estimates indicate that the electricity transmission grid on the east coast can accommodate 1.5GW of wind energy, far short of the 5GW ambition. To meet the 2030 target, infrastructure upgrades must begin imminently.

Meanwhile, the PfG states and Minister Ryan has reiterated that an offshore wind RESS auction will take place in 2021. The Renewable Electricity Support Scheme (RESS), a competitive auction scheme for renewable electricity projects, is intended to provide a platform for the “rapid deployment of onshore and offshore wind projects… at scale”.

Suggesting that the offshore auction will be held in the second half of 2021, he says: “This auction system has been working in other European countries to bring down the price of electricity; people are bidding in because the scale is very large, so they can bid in very low.

“We will start in the Irish Sea with about 2.5GW of offshore wind. That will be the first step, with construction in the middle of this decade all being well.

“We will go further then, with further auctions in the Irish Sea and the Celtic Sea. We will start planning now for the rollout of the really big phase, which is the development of floating offshore wind in the west, north west and south west and at huge scale; Ireland’s sea area is 10 times greater than its land area,” he concludes.